OSF HealthCare Research shows nearly half the people who have chronic conditions don’t take their medications as prescribed and that not sticking with medical advice results in an estimated $100 billion dollars in unnecessary health care spending. 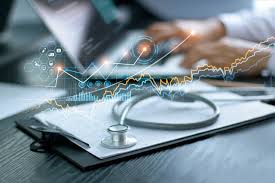 A project to build a blockchain-based smart phone rewards app would use technology that could help meet requirements of consumer privacy and protection laws is led by OSF Innovation Senior Fellow OSF and Clinical Informaticist Dr. Jonathan Handler. The research, through the Jump Arches program will have support from Innovation Engineer Tate Ralph of Jump Simulation, along with Wencui Han and Andrew Miller, assistant professors at the University of Illinois Urbana-Champaign (UIUC) Gies College of Business and the Grainer College of Engineering, respectively.

Blockchain is considered an easier, more secure way to transfer data. Ralph says because users would be anonymous and the suppliers of the rewards are not identified, the incentive program should not be considered an inducement to use a certain medical provider or service OSF – something prohibited under federal laws.

Ralph says consumers using the blockchain-based rewards app could be rewarded quickly for exercising, taking medication, or any number of other healthy behaviors, unlike the kinds of programs insurance companies currently offer clients.

“You would actually be accepting currency directly; likely cryptocurrency in our case, but maybe some other digital transaction that would immediately give you that return OSF . Other systems (insurance reward programs), will take a lot longer and it’ll be harder to see directly the impact of what you’re doing.”

A system called “zero knowledge proof,” allowed through blockchain technology, will be tested to see if it can meet privacy and consumer compliance laws.

“It’s a way to prove that you are doing what you’re supposed to be doing or prove that you have a certain diagnosis, so that if we incentivize you – even if we don’t know who you are – we can ensure that it’s a trustworthy system.”

Ralph says researchers with experience in digital interfaces for incentives will drive some of the work.

“I really think we have the experts in place, the team in place, to tackle this kind of issue. I think the average patient is going to interact with it as an app on their phone, where they can input data, and scroll through a marketplace and see what they can be incentivized for and kind of go from there.”

The Jump ARCHES research should also prove what other studies have shown – that rewards can motivate people to change their behavior … in this case, sticking with medical recommendations in between appointments. 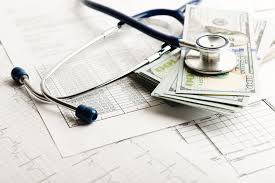 “You only have a clinical touchpoint every couple of months or every half of year, something like that, so you’re less incentivized to think about it until you have to start kicking it into gear because you’re going to go in (to the office) and you don’t want to be embarrassed, frankly” Ralph observes. “So, I think something like this, where you have a positive reason to do it; not just a negative reason, I think that can be really powerful to help people be healthier.”

Ralph adds future enhancements to the blockchain-based app could also use data from wearables or in-home monitors and could be applied to community health initiatives such as vaccinations and health screenings.