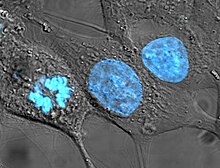 The process of Cell Line Development the cellular machinery to create therapeutic biologics or other proteins of interest is known as cell line development. Cell line development can be done using a variety of expression systems, including bacterial, plant-based, yeast, and mammalian. Chinese hamster ovary (CHO) cells, grown in suspension cultures for ultimate use in bioreactors at the manufacturing stage, are the most widely utilized for the production of the complex protein. In recent years, molecular tools like as zinc finger nucleases (ZFN), transcription activator-like effector nucleases (TALENs), and, most recently, the CRISPR/Cas9 system have enhanced gene editing. When it comes to designing cell lines for optimal biotherapeutic output, these strategies have resulted in significant increases in accuracy and ease-of-use.

Furthermore, the increased creation of biosimilars as a result of the patent expiration of branded therapeutics and recombinant proteins is expected to stimulate demand. During the projection period, rising chronic disease prevalence demands better treatment solutions, increasing demand for biosimilars, vaccines, therapeutic proteins, and new pharmaceuticals. Human cell lines used in vaccine manufacture include the WI-38 cell line created in the United States and the MRC-5 cell line developed in the United Kingdom. Polio, rotavirus, smallpox, and Japanese encephalitis are all treated with vaccines made utilizing animal cells. Hepatitis A, rubella, varicella, zoster, adenovirus type 4 and 7 oral, and rabies vaccinations are among the vaccines manufactured.

Clone productivity screening and titer – This is a test that detects the amount of recombinant protein or antibodies produced from the clonally-derived cell line.

How are cell lines developed?

Cell line development requires the discovery of single cell-derived clones that produce high and consistent levels of the target therapeutic protein. The first step in the process is the isolation of single, viable cells. Limiting dilution is a technique that relies on statistical probability but is time consuming.

It has been observed that since the year 2006, there has been a rise in the number of recombinant protein therapeutics approved by the FDA. The National Institute of Health has stated that there were more than 15 novels recombinant protein therapeutics approved by the US Food and Drug Administration (FDA) each year. In addition, the expiration of the branded drugs has given rise to the emergence of biosimilars. As a result, there has been a growing demand for cell line development. Most of the biopharmaceutical companies that develop mammalian cell lines are based on either the methotrexate (MTX) amplification technology or the glutamine synthetase (GS) system.

Cell line development plays a major role in therapeutic mAb and novel antibody-based therapies. It has wide application areas including development of immunotherapy for cancer treatment. Lots of pharmaceutical and biotechnological companies are focusing on developing novel therapies such as immunotherapy due to its specificity and efficiency. CLD helps in reducing the timeline of the drug discovery process and optimizing clinical trials with high yielding mAbs, which will lead to further growth of the cell line development market.

Medical Robots: The Future in Aesthetics

Benefits of Om Chanting: Know the benefits of chanting Om (ॐ), which gives peace to body and mind

Yoga Poses For Anxiety: Follow these asanas to get rid of anxiety

Happiness Tips: Follow this best way to be happy, which will remove physical and mental problems