Using the phone late at night

What do you do in your free time to relax? Switch off the lights and phone & watch TV or scroll through the mobile screen. But wait a minute. These moments of relaxation can prove to be dangerous for your eyes. The blue light of TV or mobile going straight into the eyes in the dark can weaken your eyesight forever. This can lead to serious problems like Macular Degeneration. 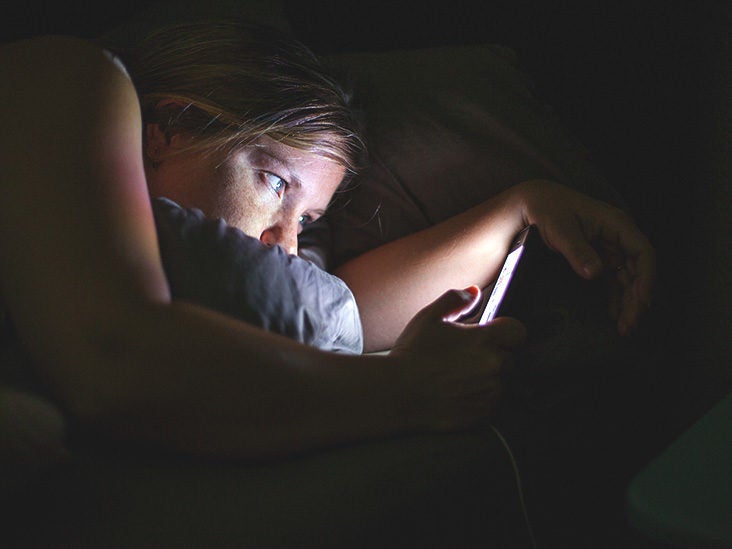 Once the macula is damaged, it is almost impossible to repair it. That is, the light of the eyes can go forever. In such a situation, it is important to know the danger of watching the screen at night and its correct way.

Seeing the screen in the dark, the light of mobile, laptop or TV comes directly to the eyes. Due to which the eye starts concentrating more on that light. Due to which the blinking rate of the eyes decreases. A normal human blinks 12 to 14 times per minute. But continuously watching the screen reduces this rate to 6 to 7. Decreased blinking rate is the cause of most of the eye problems like dryness, irritation, infection, macular degeneration.

In the dark, the light emanating from mobile, laptop or TV affects the retina present in the eye. Due to which it gradually becomes loose. Blurred vision appears after damage to the retina. Using the phone before sleeping and immediately after waking up is considered the most dangerous. At this time the eyes need the most rest.

Phone light can impotent, cause stress and cancer too

According to a research by Britain’s Exeter University, electromagnetic rays emanating from mobiles can cause impotence. In many other researches, the light of mobile phones has also been described as the cause of stress and cancer.

This causes less damage during the day

Now let us know those measures, with the help of which the eyes can be saved.

Stay away from the screen as far as possible in the dark.

If you want to spend time on a separate screen at night, try to keep the room light on.

If the problem persists, consult a doctor immediately.

Turn on night mode while running the phone at night.

Wearing blue cut lens glasses can also be beneficial. It blocks the blue light coming out of the screen to a great extent.

Fish Oil For Hair: Fish oil can be beneficial for hair growth, but this caution is also necessary